Sesame oil is an edible vegetable oil derived from sesame seeds. Besides being used as cooking oil, it is used as a flavor enhancer in many cuisines, having a distinctive nutty aroma and taste. The oil is one of the earliest-known crop-based oils

Do you know that sesame oil is called as ‘Queen Of Oilseeds’? The presence of the various nutritious qualities has inspired many people to call it like that. Since it belongs to the Pedaliaceae family, it is a group of plants that are commonly harvested for the edible seeds and has the scientific name called Sesamum indicum.

During the age of our forefathers, sesame oil was made from the raw, pressed sesame seed. These have huge culinary and medical usage. Nowadays, you can get this kal chekku sesame oil in Chennai from online stores.

What Are The Benefits Of Kal Chekku Sesame Oil?

Some of the major benefits are –

The traditional usage of the cold-pressed sesame oil is for conditioning the hair. It would help in reducing hair loss and has anti-bacterial properties. That would help to keep the hair free from dandruff.

Here just apply some generous amount of the kal chekku sesame oil on your hair twenty to thirty minutes before bathing. Then wash your hair. This would keep your hair healthy and shining.

Well, cold-pressed sesame oil is rich in vitamin E and zinc. When you take intake of sesame oil, it would smoothen your skin and even avoids premature aging.

Do you know kal chekku sesame oil in Chennai has polyunsaturated fatty acid? That would help to keep the cholesterol level very less. So, that would help your heart to be healthy.

Unlike other oils, cold-pressed sesame oil has many kinds of minerals like calcium, copper, and zinc. That would help to keep your bones strong. Also, it would prevent osteoporosis.

Kal chekku sesame oil is commonly used as the best oil pulling. Oil pulling is a procedure where you put a small amount of oil into your mouth and gargle for around 10 minutes and then spit it out.

Of course, kal chekku sesame oil has great health benefits. So, go ahead and try it out.

There are no reviews yet. 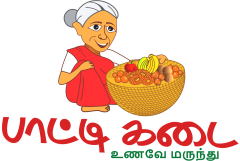