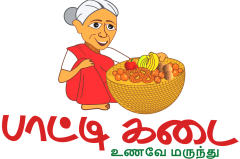 For more than 50 years, Kal Chekku oil was commonly used by various families in South India. The method of producing this oil was simple. The oil seed would be placed in a stone(Ural), and it would be grounded with a pestle.

Here there aren’t any applications and generation of heat. The residue from the process is used as fodder for cattle. Not only was it time-consuming, but around 10 to 20 liters of oil were produced each day.

The Chekku machine used in the traditional times involved in extracting oil from the seed. Suppose you check some of the South Asian countries like Sri Lanka and India. In that case, they have old temples that depict the Chekku machine’s usage for extracting oil. In the olden days, technology was highly efficient and advanced. They used animals like cows and buffalo for grinding the oil seeds. Since animals like bullocks, horses, and donkeys were trained for transportation and loading, it was not difficult to train animals to get the grinding process of Chekku oil. So, no doubt, it was a man-free task

Usage And Capacity Of Our Kal Chekku Machine